About the Beneficiary Directory

Can a piece of paper really change everything?

In October 2003, my dad’s physician advised him, “Mr. Kaizerman, it’s time to put your life in order.” Suffering the effects of pancreatic cancer, Dad was given only three to six months to live. As you can imagine, our family went through all sorts of emotions, but eventually Dad turned to me and said the time had indeed arrived to put things in order. 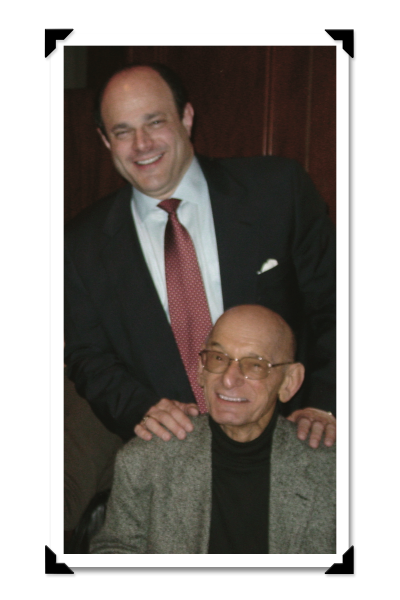 As a financial advisor, I already knew much of what that would mean. I went through all the files, locating titles to automobiles, identifying bank and investment accounts, and so on. As I did this with my dad’s guidance, we decided it was also a good time to throw away the stuff that wasn’t needed, like old tax returns and receipts going back twenty or thirty years.

In one drawer, I found Dad’s military discharge paperwork from the 1940s, and I was ready to toss it when he said it was an important document I should save. I thought, It’s been almost sixty years since he completed his service. Why would anyone need to see his discharge paperwork? But, oh well, it was only one more sheet of paper, and obviously it still meant a lot to my father, so I kept it.

Dad’s battle with cancer came to an end in April 2004. My brother and I went to the mortuary to arrange for his burial. In planning the memorial service, the funeral director asked the typical questions, but one took us by surprise: He asked if our dad was a veteran. We replied yes, and he informed us that the federal government provides a complimentary U.S. flag for the coffin of all veterans. Our dad had always been very patriotic, and we knew that this would be important to him.

Only one thing we need, the funeral director advised us: Some information that is on your father’s military discharge paperwork. Did we know where it was? We smiled. Dad had made sure we would know where to find that information. We were so grateful that our dad got his stars and stripes.

Together, Dad and I created the first beneficiary directory, and it worked. Since then, I have developed additional tools for helping people and their advisors create a fully integrated, personal system for putting their own lives in order. For our family, the important form was military discharge paperwork; with someone else it may be an IRA beneficiary designation form, a marriage certificate, or life insurance policy. The Beneficiary Directory™ is your personal system to organize important documents and guide your beneficiaries. On behalf of your beneficiaries, I thank you. 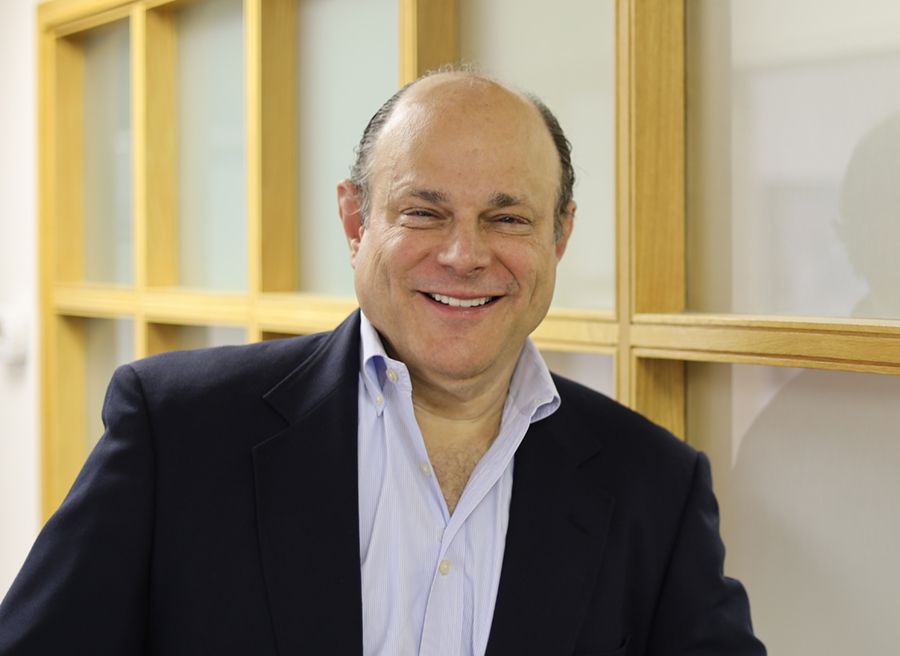 Mark H. Kaizerman has been providing financial advice to individuals since 1986. He started his career as a public accountant with a regional firm in Boston, and moved into specializing in financial planning as a member of American Express Financial Advisors’ prestigious Gold Team, before founding Kaizerman & Associates in 1994.

Recognized by Worth magazine as one the best financial advisors in the country, he has developed a reputation for providing easily understood advice that improves the quality of people’s lives. Mark has served as president of the Financial Planning Association (FPA) of Massachusetts, formerly the IAFP.

Mark’s credentials include the following licenses or designations: Certified Public Accountant (CPA), Personal Financial Specialist (PFS), Certified Financial Planner® (CFP) professional, Chartered Financial Consultant (ChFC), Certified in Long-Term Care (CLTC), and Registered Investment Advisor (RIA). He is a graduate of the University of Massachusetts, where he majored in accounting, and Babson College, where he earned his MBA.

Mark lives in the Boston area with his wife Michele and enjoys spending time with his daughters and grandchildren.

Book Mark to Speak to Your Group

With the Beneficiary Directory, you provide a solid bridge for the transfer of information from one generation to the next, giving loved ones an easy transition in an otherwise difficult period.

When you realize how important it is to put your most significant documents in order, the Beneficiary Directory gives you a step-by-step system that’s incredibly easy to follow.

FOR ESTATE PLANNERS, FINANCIAL ADVISORS AND OTHER PROFESSIONALS . . .

Companion Products for Your Practice 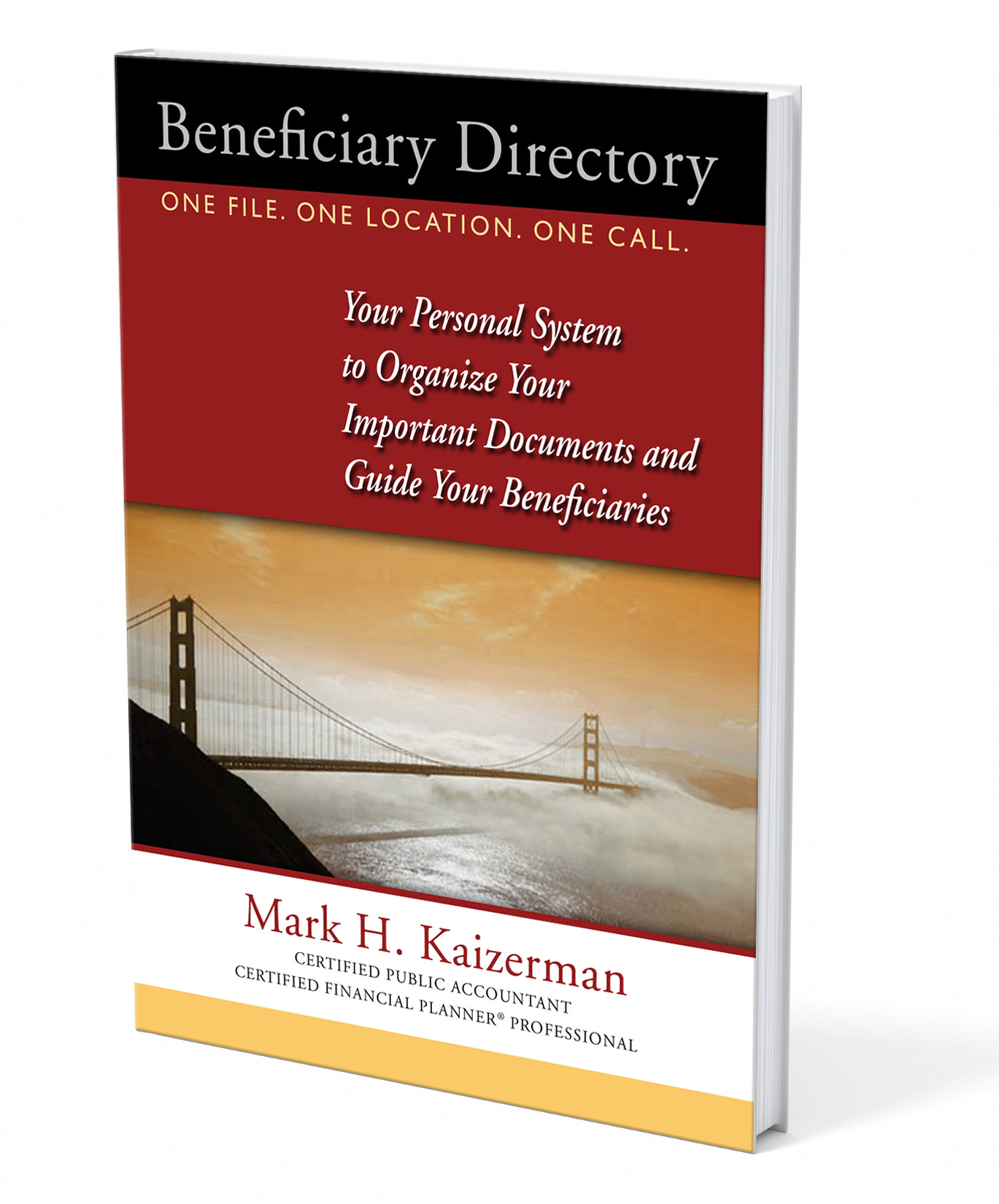 “I consider the Beneficiary Directory a great gift to my family. At a time of emotional stress, the knowledge that they have to contact only one person to learn the location of all essential papers will bring relief to them and affords me peace of mind now.”

“Patients rarely have the appropriate documentation when they come to the hospital. Not having this available is a significant hardship for the family or guardian and, ultimately, the patient. I recommend the Beneficiary Directory to all families who find themselves in these difficult situations.”

“After hearing of difficulties people incurred in the area of document availability, we did this for the convenience of our children. As it turns out, it has proven to be a convenience to us. Everything we could ever need in the line of important documents can be quickly located.”

“. . .Provides peace of mind with one simple system—a rare book that could benefit every American family for generations to come.”

“The Beneficiary Directory asks the right questions and encourages individuals to start to organize their important documents. Mark Kaizerman’s personal and professional experience has created the tool to make this happen.”

“Save loved ones countless hours of painstaking paper searching. No more hunting and gathering of information; it’s all right there in the Beneficiary Directory.”

“We all have very busy lifestyles . . . if something happens to us, our survivors will have a difficult time getting the papers they need. The Beneficiary Directory forces everyone to get his or her life in order. The major benefit of the Beneficiary Directory system is that once all the hard work is done . . . we can breathe a bit easier.”

“The Beneficiary Directory is such a great idea. It’s very easy to understand and follow. We feel better knowing all our important documents will be easy to find in the event that something happens. It’s something everyone needs to think about.”

“Simple . . . logical . . . practical . . . functional. Why doesn’t everyone have this kind of resource? When faced with my own mortality a dozen years ago, I sought a source to help shelter my wife and children in my absence. The Beneficiary Directory brings the financial planning process full circle.”

“It’s a relief to know that my loved ones will be able to find my paperwork easily if the need arises. I also appreciate knowing there’s a back-up copy of all my important paperwork for my own use.” 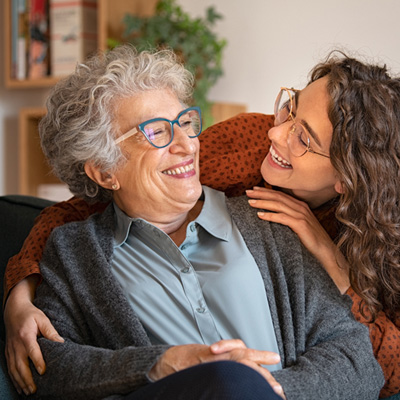 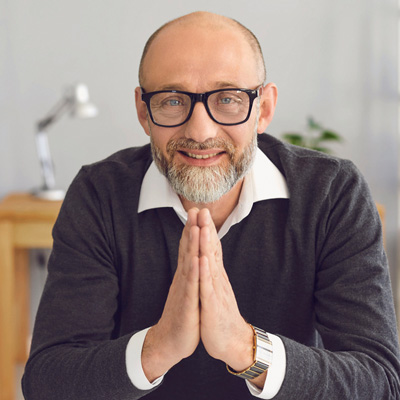 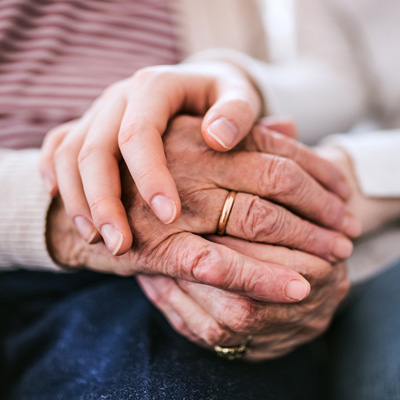 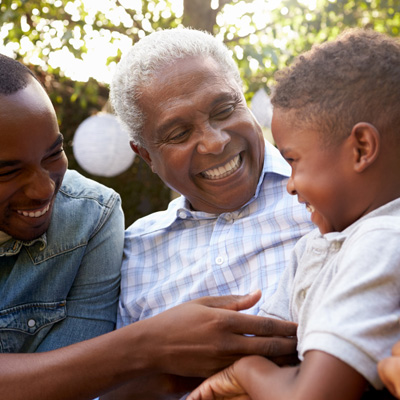 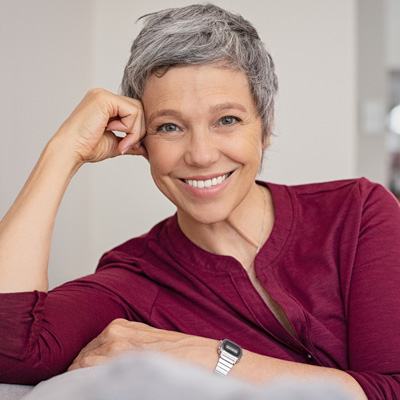 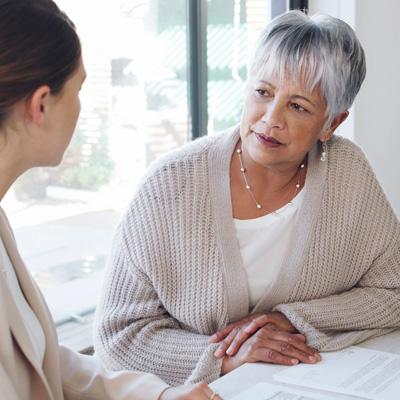 Your personal system to organize your important documents and guide your beneficiaries.